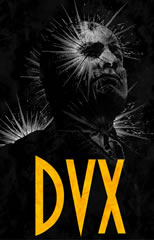 Introduction. The man who forged the very name “Fascism,” Benito Amilcare Andrea Mussolini, is oftentimes dismissed and ignored in the circles of those who foremost identify with Adolf Hitler and German National Socialism, even among those that recognize how both served the same fundamental Worldview. The Jungian quote “Hitler is a spiritual vessel, a demi-divinity; even better, a myth. … Mussolini is a man” is, of course, an accurate one, but it is used too much to downplay Mussolini rather than to elevate Hitler – are mere men not capable of great things? Why is it that we still give due recognition to people like Corneliu Zelea Codreanu, Oswald Mosley, José Antonio Primo de Rivera and etc., yet Mussolini gets dismissed on no other grounds than “he wasn’t Hitler”? Mussolini should be rightfully recognized in the pantheon of our Champions for what he had contributed to our Struggle, and for his true value to Italy and her people. To this end we must touch upon several distinct subject matters, first of which will provide the necessary context for Mussolini’s actions and vision – the realities of Italian history before and during the rise of Fascism. Other subjects we’ll cover will deal with the character of the Italian people and thus with the character of Mussolini himself; Machiavelli’s influence on Mussolini; and finally we’ll go over Mussolini’s goals regarding Italian racial policies and Italian Fascism’s solid roots in the Fascist/NS Worldview. ...