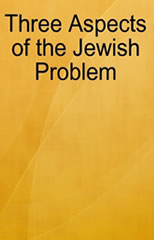 Introduction. By the early twenty-first century, most of the books by Julius Evola have been translated and published in the English language, with the notable exception of those dealing with the racial question, namely Il Mito del Sangue (The Myth of Blood, 1937), a history, commissioned by the publisher Hoepli, of the genesis and the development of the racial theory, from antiquity to modern times; Sintesi di Dottrina della Razza (Synthesis of Racial Doctrine, 1941; published in a slightly modified version in German in 1943 as Grundrisse des faschistischen Rassenlehre), a doctrine of race based on the classical principle of the tripartition of the human being into body, soul, and spirit; and Indirizzi per una Educazione Razziale – The Elements of Racial Education (1941), a didactic exposition of this doctrine, intended for the youth and for the educator, published by us in English in 2005. ...