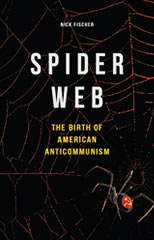 Introduction. A great paradox lies at the heart of America’s understanding of its anticommunist past. On the one hand, the man who stood at the head of the anticommunist movement in the late 1940s and early 1950s, Wisconsin senator Joseph P. McCarthy, is a household name the world over. For many, his career is synonymous with ruthless political opportunism and repression. Yet McCarthy’s own notoriety and that of the period of the Cold War to which he gave his name have distorted understanding of the origins and nature of American anticommunism. Anticommunism was not the product of this postwar environment. Rather, anticommunism originated much earlier and was created to a significant extent by an informal network of activists who strove to entrench their views in the core of American politics and society. Since Reconstruction, anticommunism has linked an antilabor and laissez-faire agenda with fears of subversion, influencing not only the evolution of conservative politics but even the bounds within which twentieth-century politics came to be practiced. McCarthyism’s prominence in the public mind has obscured an understanding of the lengthy genesis of American anticommunism in three crucial ways. First, it has focused too much attention on the activities of a handful of prominent men who abused their positions in the US government to restrict the constitutional liberties of thousands of American citizens. In fact, many organizations and individuals across government, the military, the intelligence services, the police, diverse industries, and civil society were complicit in anticommunist repression. Second, the focus on McCarthyism has overstated the significance of the USUSSR rivalry and the battle to protect US “national security” as determinative influences on the development of anticommunist theory and activity. ...