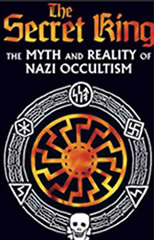 Preface to the new edition. The present volume is a revised and expanded edition of The Secret King: Karl Maria Wiligut, Himmler’s Lord of the Runes which was jointly published in 2001 by two small presses, Dominion and Rûna-Raven, in both a limited (and now much-sought-after) hardcover edition as well as a trade paperback edition. With no advertising and no publicity to speak of, the book sold in the thousands. This is a testament to the ever increasing interest in a topic that has too often been dealt with in the most irresponsible and unscholarly ways. When the time was due for another reprinting of the original book, we decided that it would be preferable to revise and expand it. Although this new edition is being issued simply as a co-authored work, each of us took on certain duties that were in keeping with our strengths and experience. Therefore, much of the credit for translation goes to Stephen Flowers and much of the credit for editing to Michael Moynihan. We feel the results are demonstrably superior to what any exclusively individual effort might have been, had either of us chosen to go it alone. We would also like to acknowledge the contributions of researcher Manfred Lenz, who conducted a fascinating interview by correspondence with Gabriele Dechend, Wiligut’s former secretary, and Annabel Lee, who faithfully translated this into English. Joshua Buckley was kind enough to read over the new material for this edition and offer helpful suggestions. We have also corrected a number of minor errata from the earlier edition. For all the notoriety of the early twentieth-century German Ariosophy movement as an “occult” predecessor to National Socialism, only one major literary work from the genre has ever been made widely available to English-speaking readers. This is Guido von List’s The Secret of the Runes, which also has been translated and introduced by Dr. Flowers. ...