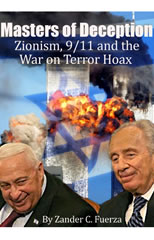 Introduction. Unraveling the Mystery of 9/11 September 11, 2001, was a horrific and tragic day — nearly three thousand people perished in the terrorist attacks that drove a knife straight into the heart of America. Apart from being a brutal blow to the pride and stature of the most powerful nation on earth, the events of 9/11 were also a major wake-up call for many Americans and others around the world. For many reasons, the attacks of 9/11 inspired a great number of people to begin investigating major world events, attempting to ascertain what sinister force lies behind such atrocities. By looking at historical events more deeply and with a more critical eye, many millions of people across the globe have come to know the truth. In patriot circles it is often said that the engine driving the madness that has engulfed our planet since 9/11 is the ‘New World Order’ — a coalition of rich and powerful ‘globalists’ hell-bent on transforming the world into a tyrannical prison society. This popular idea represents only a portion of the truth. The real powers behind the curtain, pulling the puppet-strings of this ‘New World Order,’ revealed their true identity on 9/11 when they staged this monstrous deception to trick the American people, and indeed the people of the world, into passively accepting their diabolical agenda of world conquest, which they have pursued under the guise of “fighting terrorism.” The shocking images of the unbelievable violence that took place on 9/11 have been seared into the memories of every American citizen. The remarkable precision and coordination of the heinous aerial assaults on the World Trade Center Twin Towers and the Pentagon was a surreal sight for many. The unthinkable collapses of the Twin Towers and WTC-7 at nearly free-fall speed raised some immediate questions. Before the dust of the collapsed Twin Towers had even settled on the ground, many critical thinkers were already asking hard questions as to what really happened and who was really behind the attacks. The official explanation of the Bush administration, which was fully endorsed by the mainstream media, that nineteen Arabs with box-cutters directed by a man in a cave in Afghanistan miraculously made all of this carnage happen, despite a multi-billion dollar U.S. military, security and defense system standing in their way, is an outrageous contention — an insult to our intelligence. ...