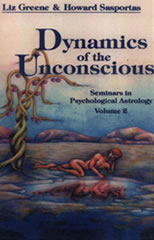 Introduction. Among all the proliferating maps and models of the human psyche which are now available to us, there is one which dominates the rest in depth, subtlety and importance: the duality of conscious and unconscious. This view of the psyche is called “dynamic” because of the tension, movement and exchange implicit in such a duality; and its official history begins in 1775 with the Viennese physician Franz Anton Mesmer’s discovery of what he called the “universal fluid.” Of course human duality is a much older concept than Mesmer’s, although known in antiquity under other, more mythic names. But in the two centuries following Mesmer have come the giants of modern depth psychology-Charcot, Janet, Freud, Klein, Adler, Jung-and a growing body of knowledge and skill has become available to those who wish to, or must, traverse the strange byways of the unconscious. Viewed through the flattening lens of behavioural observation, the astrological chart is static: no more than a listing of fixedcharacter traits, or a map of potentials many of which, for inexplicable reasons, the individual cannot seem to fulfil. But viewed through the three-dimensional lens of a conscious-unconscious duality, an entire play emerges-full of the twists and turns of a surprising plot, teeming with tragic and comic Shakespearean characters, ornamented with ingeniously changing stage sets and costumes, punctuated by perfectly timed cues, the opening and closing of the curtain, and intervals where everyone goes out for a cup of tea. The astrological chart is indeed a map of potentials and character traits, and reveals a rich portrait of a complete individual personality. But, like the characters in a play, the planets do not all come out at once; the parts may be played differently according to interpretation and the skill of the actors; the timing may be mucked up by a stage manager too preoccupied with what the audience will think. ...