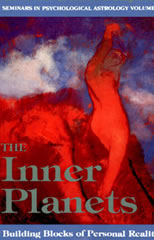 Preface. At the bar of history, contemporary judgements seldom prove reliable. Yet if one can be certain of anything it must be that Howard Sasportas will feature prominently in any list of the key figures involved in the reemergence of astrology as a major formative force in Western culture. It is no small tribute to the impact of the man and his work that at his death in London, England, at 17:11 BST, May 12, 1992 (as Pluto crossed his MC and the Sun his IC), Howard Sasportas became the very first astrologer in the history of the British Press to be honoured by a full length obituary. On the day of his funeral, this appeared on the Gazette page of The Independent1, complete with his smiling face. It was published alongside the Court Circular together with celebrations of the lives of two other outstanding souls: Marshal Nie Rongzhen, the last of Mao Tse-Tung’s generals, and Sylvia Syms, described by Frank Sinatra as “the world’s greatest saloon singer”; a juxtaposition of diverse human greatness that Howard’s Venus in Gemini humour and his Mars with Saturn and Pluto in Leo aspirations would have richly appreciated. Howard’s claim to fame and honour-beyond the relatively closed world of professional astrology-lies in the very fact that he was not content to let astrology blush unseen, unused and unconsidered by the larger world. He was determined to put astrology on the map of human consciousness in the service of humanity, and for the self-realization of individual souls. ...