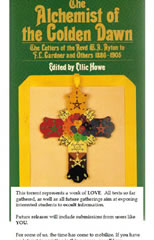 Introduction. The revd William Alexander Ayton and his wife both joined the Hermetic Order of the Golden Dawn (hereafter, the G.D.) in July 1888, about four months after Dr William Wynn Westcott, a London coroner, founded the Order. Ayton was, in fact, Westcott's twentieth recruit. W. B. Yeats, who first encountered him not long after he himself became a member of the Order in March 1890, described him (although without identifying him by name) in his autobiographical The Trembling ofthe Veil (1922, p. 70) as a white-haired old clergyman who was 'the most panic-stricken person' he had ever known. Samuel Liddell Mathers (who later called himself Count de Glenstrae or Count MacGregor), with Westcott a co-founderof the G.D., presented him to Yeats with the words: 'He unites us to the great adepts of the past.' Yeats continued: This old man took me aside that he might say - 'I hope you never invoke spirits - that is a very dangerous thing to do. ...