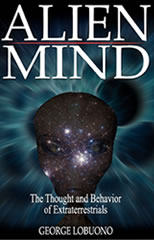 Signs of the Times. "I can assure you that flying saucers, given that they exist, are not constructed by any power on Earth." - President Harry Truman, April 4, 1950 White House press conference. "For the next two or three days the saucers passed over the base daily. Sometimes they appeared in groups of four, other times as many as sixteen. They could outmaneuver and outflank us seemingly at will. They moved at varying speeds - sometimes very fast, sometimes slow - and other times they would come to a dead stop as we zoomed past underneath." - Astronaut Gordon Cooper, describing his first direct encounters with UFO's while serving as a military pilot in Germany. (from Leap of Faith, Gordon Cooper’s autobiography, p. 91) “It was a four-foot human shaped figure with arms, bizarre-looking four-fingered hands… and an oversized incandescent lightbulb-shaped head… pale gray skin…. But the eye sockets themselves were oversized and almond shaped and pointed down to its tiny nose, which didn’t protrude from the skull.” - Eisenhower White House National Security Council staff member Col. Philip J. Corso describing dead aliens he saw in glass containers en route from Roswell, NM to Wright Field in Ohio. From Corso’s 1997 book The Day After Roswell, p. 32. "These (gray aliens) were living, breathing creatures, just as mortal as you and I. They had feelings, they had families. They had a cultural society. The one thing they didn't have was hate, hostility. They had anger, from what I observed - and I don't know how to explain it better than stating - it was an intellectual anger. They could not... comprehend how a species such as us, that had such great potential to do such wonderful and marvelous things, could do such horrible and nightmarish things to one another." - Master Sgt. Clifford Stone, ret., who testified that he encountered "gray" aliens while working in a US Army unit that retrieved crashed extraterrestrial vehicles. (from Stone’s cassette Insider: In His Own Words, Global View Communications 2001). "I suspect that we have, indeed, been contacted - perhaps even visited - by extraterrestrial beings, and the US government, in collusion with the other national powers of the earth, is determined to keep this information from the general public." - former CIA official Victor Marchetti quoted in "How the CIA Views the UFO Phenomenon," Second Look, vol. 1, no. 7. Washington, D.C. 1979. ...