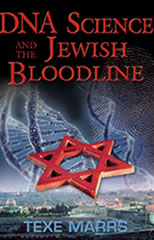 “And If Ye Be Christ’s, Then Are Ye Abraham’s Seed”. Definitive DNA studies have now been conducted, and the results are clear and indisputable. The people who today call themselves “Jews” and reside both in the Middle East and around the world are not descendants of the ancient Israelites. They are not the seed of Abraham and have no blood connection to the prophets of ancient Israel. Instead, DNA shows these people to be descendants of the Kingdom of Khazaria, a country that formerly existed in the Caucasus, south of Russia. History records that in the 8th century the King of Khazaria chose Judaism as the preferred religion for his people, who at that time were pagans and nativists. He ordered that Jewish rabbis be brought into Khazaria from Babylon to teach his people of this new religion. The people of Khazaria were conquered over the next two centuries by Russian invaders. Many fled to Eastern Europe, principally to Poland, where they retained their Judaic religion. From there they emigrated throughout Europe and into the United States and, in 1948, the Khazarian Jews established the new nation of Israel. Those people throughout the world who today refer to themselves as “Jews” are actually Khazarians, and of Turkish/Mongol stock. They erroneously believe themselves to be ancient Israelites, but, in fact, are Gentiles. Many practice the religion of Judaism, and their Babylonian Talmud claims that the Jews are a superior, god-like race. Ironically, the Talmud states that the Gentiles are inferior, being no more than cattle (the goyim). The Talmud also speaks of “Israel” as being the eternal homeland for the Jews and of a Jewish Messiah to come and rule the world. The persistence of the Khazarians to insist they are “Jews” and their Talmudic doctrines have resulted in conflict and division wherever they have resided. This is especially true in Israel, a land where native-born Palestinians, most of whom are Moslems, also have territorial claims. Paul, in the New Testament, told us to beware of those who emphasize race and national origins. He spoke of “foolish genealogies.” God’s children, however, are born again in spirit and in truth (John 3:3). God surely confounds those who are the “children of pride,” who hold that their race and blood is superior to that of their fellow human beings. That is clearly why he has surprised us with His mathematical certainty through DNA science that, in fact, almost all of the “Jews” today in the world are Khazars. They are not the seed of Abraham nor his physical heirs. They have no physical or family ties with Abraham and the prophets. This seems at first glance to be a tragedy for the Jews, whose human pride is damaged at the revelation that they are not “God’s Chosen” and not so special after all. It also sends the whole world a clear signal that the land of Israel does not belong to the “Jews” for they are Khazars and their national homeland is not Israel, but Khazaria, in the Caucasus. ...