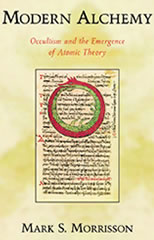 Introduction. Stories of the Birth of Modern Alchemy. For many in the twenty-first century, the word ‘‘alchemy’’ conjures up images of medieval zealots rummaging through ancient books and scrolls in dark hot basements, seeking the secrets of transmutation in the dim firelight of brick furnaces and archaic laboratory equipment with strange names—athanor, horn of Hermes, cucurbite. The occult wisdom forged by these alchemists was intended to bring them immense wealth, great longevity, and spiritual purification. In spite of Enlightenment attacks upon alchemy as unscientific superstition, or merely the foolish pursuit of the self-deluded, it is now clear that alchemy was a scientifically and spiritually serious pursuit from antiquity through the Middle Ages, with roots in Egyptian metallurgy, Aristotelian philosophy of matter and form, and Jewish, Arabic, early Christian, and Hermetic sources. Alchemy was not a monolithic practice, but virtually all versions of it involved destroying the nature of a ‘‘base’’ metal—lead or mercury, for instance—thus reducing it to a prima materia without the specific characteristics of any element. Then, the powder of the prized ‘‘Philosopher’s Stone’’ or some other process would instill a ‘‘nobler’’ essence into the substance, transmuting it into gold or silver. The physical processes of alchemy involved several stages in which the base metal would be altered through heating, distilling, and the addition of various chemicals (saltpeter, alcohol, nitric acid, and sulphuric acid, for example). These stages were often known by specific colors that would appear during their successful execution. An intricate and seemingly mysterious set of images and symbols emerged, too, in the Greek, Arabic, and medieval literatures of alchemy. These included the tail-eating serpent, Ouroboros, symbolizing the unity of the cosmos, and various images representing the stages of the ‘‘Great Work’’ of alchemy (e.g., the black raven for the nigredo stage or the white dove for the albedo). Alchemy moved in pharmacological directions as well, using the logic of the purification of matter to seek chemical cures for ailments—and even for aging, which would be vanquished by the fabled Elixir of Life. Just as alchemy represented the chemistry of the Middle Ages, figures such as Paracelsus (1493–1541) helped direct alchemical thinking toward the practice of medicine. By the eighteenth century, though, alchemy was under assault and largely dismissed by those supporting the rigorous scientific method and new ways of understanding matter that laid the groundwork for modern chemistry. Eighteenth- and nineteenth-century scientists pronounced alchemy’s methods of reasoning and experimentation nonscientific. But, perhaps most important, they rejected alchemy’s understanding of the nature of matter. Alchemy held that all the elements could be reduced to a prima materia, and then transmuted into other elements. But modern chemistry, as it emerged during the Enlightenment, came to the opposite view of the nature of matter. Culminating in John Dalton’s field-defining 1808 treatise, A New System of Chemical Philosophy, modern chemistry held that atoms were the smallest particles, both indivisible and unalterable. An atom of each element was a fundamental, distinct particle (Keller 1983, 9–10). The material basis for alchemy was thus seen as nothing more than a long-held intellectual mistake, now relegated to the realm of superstition and pseudoscience. ...