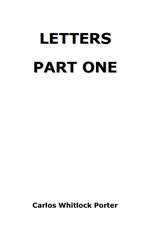 Letter from Catherine Colohen. With Comments by Carlos W. Porter. COLOHEN: Your sad and pathetic attempts to refute the great evil perpetrated by the National Socialists would be almost laughable if the filthy and dangerous lies you promulgate were not so easily available to those who perhaps do not possess the critical faculties or basic knowledge to see them as the twisted garbage they are. How ironic that the Internet, hailed as the future of freedom of information, should also be open to spreading the kind of Fascist propaganda you have posted on your Holocaust website purporting as some kind of fact. Perhaps you think that the many Jews who did manage to survive six years of German atrocities are all lying or sadly deluded? The eyewitnesses... PORTER: What eyewitnesses? Jan Karski? Myklos Nyzsli? Filip Müller? Hendryk Tauber? COLOHEN: ...who lived day in and day out in the stench of burning bodies... PORTER: Crematory ovens do not smell or emit smoke; cremation in ditches is impossible; how many times do I have to say this? COLOHEN: ...or watched lines of people disappear into “shower rooms”... PORTER: Where is the proof of this? In any case, the “gas chambers” at Auschwitz were morgues. COLOHEN: ...and reappear as bodies that fellow Jews were forced to load into crematoria? PORTER: What Jews? David Olère? Filip Müller? Myklos Nyszli? COLOHEN: Maybe you even consider the presence of such crematoria in the death camps to indicate a Nazi predilection for baking their own bread, rather than burning bodies of innocent victims? PORTER: They were built to cremate the bodies of innocent victims of epidemic disease, dying at a rate of 200 per day. By the way, if the “morgues” were used as “gas chambers”, what did they do for real morgues? Where did they store the bodies pending cremation, since the crematory capacity was far less than that alleged by Jews ? ...