« Palast Greg - The best democracy money can buy - Trumper Victor L. - The mirror of Egypt in the old » 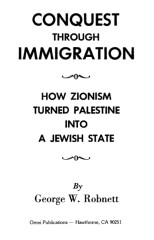 In appreciation. It would be quite impracticable to make personal reference to all the knowledgeable and gracious personalities who have given counsel and constructive criticism during the research and writing that has made this book. To all of those who aided in this work we are deeply grateful. The wide and willing generosity to be helpful has been most gratifying. The publishers place special importance on the Foreword by Doctor Millar Burrows who has served as visiting professor at the world-famed American University of Beirut (Lebanon), which institution has long been a great friendship-cementing influence for the United States in the Middle East. He has also twice been a director of the important American School of Oriental Research in Jerusalem. Included in his long educational career, as listed in Who's Who in America, is his tenure as Professor of Biblical Theology at Yale University Divinity School (1934-1958); and among his several books we mention especially "What Mean These Stones?" and two separate volumes on the Dead Sea Scrolls. ...

« Palast Greg - The best democracy money can buy - Trumper Victor L. - The mirror of Egypt in the old »