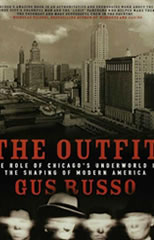 Introduction. In the New Cabaret Artistes, an illegal strip joint in Liverpool, a buxom stripper named Janice gyrated to the rhythms of twenty-year-old John Lennon and his even younger mates, Paul McCartney and George Harrison. In Cuba, youthful new prime minister Fidel Castro nationalized the formerly American-owned oil refineries. Meanwhile, the first ten U.S.-supported volunteers arrived at a secret Panama Canal Zone facility to begin training to retake their Cuban homeland back from Castro. The results of these and other events would be well documented in history books yet to be written. But the momentous conference under way in the mansion at 915 Franklin Avenue would, by mutual decree of the participants, never be chronicled. It was June 1960, and in far-removed corners of the world unseen events were unfolding that would define a revolutionary era to follow. In fact, multiple revolutions - cultural, political, and sociological - were in their embryonic stages. This was the interregnum - the transition between the misnamed “happy days” of the Eisenhower years, and the terrifying brinksmanship of the Cold War sixties. The palatial estates on Franklin, in the tony Chicago suburb of River Forest, were the setting on this otherwise unexceptional Thursday evening. Lawns were being tended by caretakers; Mercedes sedans were having their wax jobs refined. Young couples ambled off to the movies, perhaps to see Spartacus, or Psycho. The typical residents, stockbrokers, lawyers, and the like, were going about their lives. In a much different manner, an atypical neighborhood denizen, a son of Sicilian immigrants named Antonino Leonardo Accardo, was also going about business as usual; with his lifelong friend Murray Humphreys and two other associates, he would, after a sumptuous lasagna dinner, decide who would become the next president of the United States. For decades, these Thursday-night meetings were convened at the manse owned by “Joe” Accardo, as he was known to friends. Decisions made at these soirees ran the gamut: from who to “whack” for an indiscretion; to which national labor union to take over this week; to whether they should answer the White House‘s call to murder Castro; to the creation of a gambling paradise in the Nevada desert; or, as in this case, to go along with Joe Kennedy‘s request to guarantee his son Jack‘s “appointment” to the U.S. presidency. The participants prided themselves on the relatively obscure manner in which they were able conduct their business. “We start appearing on the front page and it’s all over,” one was heard to say. The phrase became a mantra of sorts. Of course this enterprise was known, especially to law enforcement agents, but was so smoothly run that proof of the organizational links were unobtainable - at least for the first fifty years or so. The colleagues in question were, in fact, the heirs apparent to the empire of bootlegging kingpin Scarface Al Capone. Capone’s downfall in 1931 provided an important lesson for the Accardo-Humphreys generation: exaggerated violence and a high media profile were the kiss of death and were to be avoided at all costs. Hundreds of millions were at stake, an amount not worth gambling for the luxury of being seen with movie stars. That was for amateurs. ...