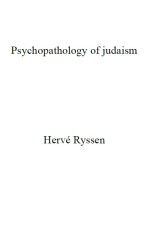 Translated from french by John de Nugent. Judaism is not merely a “religion,” as many Jews are overt atheists or agnostics, and they do not consider themselves less Jewish for all that. Jewry is also not a race even if it is true that a “trained eye,” most of the time, can recognize a Jewish appearance, that is to say, a characteristic pattern which is the result of their strict observance of endogamy for centuries. Jews see themselves as the “chosen ones” of God, and marriage outside the community is strictly frowned upon. However, mixed marriages do exist and have also helped to renew the blood of Israel during all the centuries spent in the various ghettos where the Jews preferred to live, separately and apart from the rest of the population. The essential condition for such mixed marriages is that the mother be Jewish, since Orthodox Rabbis recognize as Jewish only the child born of a Jewish mother. However, having just a Jewish father or grandparent can suffice for a person to identify completely with Judaism. Jewishness is therefore a “mental race” that has been shaped over the centuries by the Hebrew religion and the universalist project of Judaism. ...