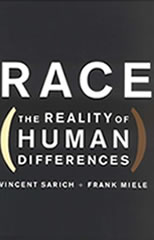 Preface. Why Another Book on Race ? While we were preparing the final draft of this book, the Public Broadcasting System (PBS) in 2003 aired a highly acclaimed documentary, Race: The Power of an Illusion. The contemporary scientific and ethical consensus in both the media and the social sciences regarding race was concisely summarized in the ten numbered statements that appear at the beginning of the website that accompanies the documentary (http://www.pbs.org/race). The documentary’s numbered statements and their elaborations follow; the chapter numbers shown in italics and enclosed in square brackets refer to the chapters of this book that challenge the particular statement. ...