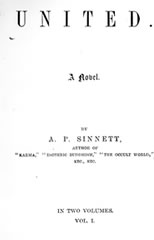 Chapter I. Wakening to the world. Perron Kinseyle had been sorely put out when his wife died. He would not have been rightly described as prostrate with grief; still less so as being heartlessly indifferent. But the principal interests of his life had long been those which gathered round his literary work ; and when Mrs. Kinseyle, after ten or twelve years of a quiet existence at Compton Wood, dropped into the grave in a gentle, unobtrusive way, as if it was a matter of course, her husband, roused from his philological researches, realized for the first time that she had been seriously ill. He was very much distressed about it all, though ready to acknowledge, when Bryle, the housekeeper, put it in that way, that Heaven was a better place, at all events for the poor mistress, than Compton Wood. But the recollection of his married life left no painful places in his conscience. ...