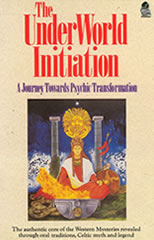 Preface. This book deals directly with magical matters; specifically with a powerful esoteric tradition native to the Western Hemisphere. For many, a tradition is something vague, quaint and dull; perhaps an escapist fantasy or a political and commercial symbol used for manipulation. In the following chapters, however, tradition is regarded as an enduring and potent mode oflearning, transformation and exposition. Tradition has levels and structures of meaning, living, and new experience that transcend not only the trivial definition given above, but also the illusory personality of the individual. In modern works of occultism or esoteric studies there is a strong tendency towards lip-service and justification through the use of ephemeral and fashionable schools of reason. The holistic and harmonic metaphysics of the Ancients have frequently prompted modern apologists for occult studies to amalgamate their art with intellectual sleight-of-hand and to suggest that all attempts at delving into the unknown regions of consciousness are essentially identical. This popular trend is based upon a typical misunderstanding oft he old writings and teachings, filtered through the spurious theosophy oft he nineteenth century. The result is a very weak pap that cannot nourish our imagination adequately. Such vague attempts at rendering magic respectable are not followed here. ...