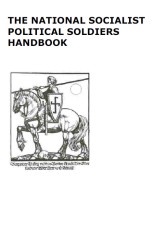 Code of honour. At Combat 18, one thing we suffer no lack of is media coverage. Read any newspaper article on the issue of race or any report of a so-called "racist attack" and it is certain that our name will crop up sooner rather than later. From the newspaper coverage we receive, it is clear that journalists all share the same limited vocabulary. For every mention of Combat 18, there is always a corresponding appearance of the same key words and phrases - "violent", "neo- Nazi", "terror", "skinhead", "hooliganism". Those of you who have made it to this page are, of course, unlikely to believe everything you read in the newspapers. You will however never have seen, in any newspaper, any explanation of our motivation. You will never have seen any answer to the simple question "Why?" Why is it that we are so committed to our cause? Why is it that we are so convinced of the righteousness of our cause and beliefs that we are prepared to go to jail for them and, if necessary, die for them. We have posted our Code of Honour on this website to answer these questions. ...