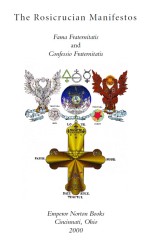 To the Wise and Understanding Reader. Wisdom (saith Solomon) is to a man an infinite Treasure, for she is the Breath of the Power of God, and a pure Influence that floweth from the Glory of the Almighty; she is the Brightness of Eternal Light, and an undefiled Mirror of the Majesty of God, and an Image of his Goodness; she teacheth us Soberness and Prudence, Righteousness and Strength; she understands the Subtilty of words, and Solution of dark sentences; she foreknoweth Signs and Wonders, and what shall happen in time to come; with this Treasure was our first Father Adam fully endued: Hence it doth appear, that after God had brought before him all the Creatures of the Field, and the Fowls under Heaven, he gave to every one of them their proper names, according to their nature. Although now through the sorrowful fall into sin this excellent Jewel Wisdom hath been lost, and meer Darkness and Ignorance is come into the World, yet notwithstanding hath the Lord God sometimes hitherto bestowed, and made manifest the same, to some of his Friends: For the wise King Solomon doth testifie of himself, that he upon earnest prayer and desire did get and obtain such Wisdom of God, that thereby he knew how the World was created, thereby he understood the Nature of the Elements, also the time, beginning, middle and end, the increase and decrease, the change of times through the whole Year, the Revolution of the Year, and Ordinance of the Stars; he understood also the properties of tame and wilde Beasts, the cause of the raigning of the Winds, and minds and intents of men, all sorts and natures of Plants, vertues of Roots, and others, was not unknown to him. Now I do not think that there can be found any one who would not wish and desire with all his heart to be a Partaker of this noble Treasure; but seeing the same Felicity can happen to none, except God himself give Wisdom, and send his holy Spirit from above, we have therefore set forth in print this little Treatise, to wit, Famam & Confessionem, of the Laudable Fraternity of the Rosie Cross, to be read by every one, because in them is clearly shewn and discovered, what concerning it the World hath to expect. Although these things may seem somewhat strange, and many may esteem it to be but a Philosophical shew, and no true History, which is published and spoken of the Fraternity of the Rosie Cross; it shall here sufficiently appear by our Confession, that there is more in recessu then may be imagined; and it shall be easily understood, and observed by every one (if he be not altogether voyd of understanding) what now adays, and at these times, is meant thereby. Those who are true Disciples of Wisdom, and true Followers of the Spherical Art, will consider better of these things, and have them in greater estimation, as also judge far otherwise of them, as hath been done by some principal Persons, but especially of Adam Haselmeyer, Notarius Publicus to the Arch Duke Maximilian, who likewise hath made an Extract ex scriptis Theologicis Theophrasti, and written a Treatise under the Title of Jesuiter, wherein he willeth, that every Christian should be a true Jesuit, that is, to walk, live, be, and remain in Jesus: He was but ill rewarded of the Jesuits, because in his answer written upon the Famam, he did name those of the Fraternity of the Rosie Cross, The highly illuminated men, and undeceiving Jesuits; for they not able to brook this, layd hands on him, and put him into the Galleis, for which they likewise have to expect their reward. Blessed Aurora will now henceforth begin to appear, who (after the passing away of the dark Night of Saturn) with her Brightness altogether extinguisheth the shining of the Moon, or the small Sparks of Heavenly Wisdom, which yet remaineth with men, and is a Forerunner of pleasant Phebus, who with his clear and fiery glistering Beams brings forth that blessed Day, long wished for, of many true-hearted; by which Day-light then shall truly be known, and shall be seen all heavenly Treasures of godly Wisdom, as also the Secrets of all hidden and unvisible things in the World, according to the Doctrine of our Forefathers, and ancient Wisemen. This will be the right kingly Ruby, and most excellent shining Carbuncle, of the which it is said, That he doth shine and give light in darkness, and to be a perfect Medicine of all imperfect Bodies, and to change them into the best Gold, and to cure all Diseases of Men, easing them of all pains and miseries. Be therefore, gentle Reader, admonished, that with me you do earnestly pray to God, that it please him to open the hearts and ears of all ill hearing people, and to grant unto them his blessing, that they may be able to know him in his Omnipotency, with admiring contemplation of Nature, to his honour and praise, and to the love, help, comfort and strengthening of our Neighbors, and to the restoring of all the diseased. ...