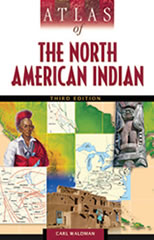 Preface. Many people find themselves intrigued by the Native North American saga. Yet, although Native history is central to that of North America, many people are poorly informed on the subject. For other than specialists, American and Canadian educational systems pass on little of the rich, exciting, and poignant Native legacy. The subject matter presents a special challenge. By focusing on a particular people as a central theme, one takes on the entire span of human history—prehistory to the present. One also must take into consideration hundreds of different tribes, both extant and extinct, each with a unique history, demography, and culture. Native North American studies encompass the various fields of history, anthropology, archaeology, geography, sociology, politics, religion, linguistics, and more. Another challenge for the student is that the subject matter can be difficult emotionally because American Indians have been victimized by what is typically represented in public education as “progress.” The purpose of this book is to provide an overview, or rather a series of overviews, for understanding the challenging subject of the Native North American, and a framework or frameworks for pursuing further historical and cultural studies. Because of the nature of the material—the great number of tribes and their movement over the centuries—maps are especially helpful in conveying Native-related information. Maps also are germane to the subject matter because connection to one’s ancestral homeland is at the heart of the Native North American worldview. There are many ways to organize a Native North American atlas—by general geographical regions, for example, or by states, with summaries of Native history and culture for each. For purposes of accessibility to the complex material, this book is organized by subject, with chapters based on the following seven categories: “Ancient Native Peoples,” “Ancient Civilizations,” “Native Lifeways,” “Native Peoples and Explorers,” “Indian Wars,” “Native Land Cessions and a Changing Way of Life,” and “Contemporary Native North Americans.” The categories necessitate varying cartographic approaches. The text is further broken down into sections with headings. These sections are intended as complete in themselves, but of course the subject matter is interrelated. The corresponding maps are for the most part representative in nature and closely tied to the text, rather than exhaustive. With such a wide historical and territorial scope, not every tribe, settlement, battle, or cultural trait can be represented visually. Tribal locations are of course approximate. The maps are generally aligned northward, with modern boundaries sometimes used for reference. As additional sources of information, the book has a variety of appendices: a chronology of Native prehistory and history; a list of tribes with historical and contemporary locations; a list of U.S. reservations; a list of Canadian First Nations; lists of U.S. and Canadian Native place-names; a list of museums and archaeological sites pertaining to Native North Americans; and a glossary. A single-volume reference work on Native North Americans creates a problem of emphasis—how much weight to give the different subjects. Each area of study deserves its own atlas, as does each Indian nation for that matter. This book, although touching on Mesoamerican Indians as part of the story, does not cover South American peoples. It should also be kept in mind that the various categories and classification systems in the book are for educational purposes, applied for the sake of convenience and understanding. Moreover, nomenclature in Native studies—applying to both cultural themes and proper names—varies considerably and leaves room for interpretation. Some usage also presents a problem in that many terms and concepts have evolved from—if not outright cultural bias, then at least an implicit cultural vantage point—that of the dominant Euroamerican tradition. Non-Natives should therefore make a special effort to keep in mind the often neglected Native perspective and empathize with contemporary Native concerns. It should be noted that there are many different terms used for the first peoples of North America and their groupings : Native North Americans, Native Americans, American Indians, Indians, Native peoples, aboriginal peoples, indigenous peoples, tribes, bands, and First Nations. Their usage has been in flux in the United States and Canada, as will be discussed in the text. This book makes use of them all, depending on application. A broad-based work such as this owes much to previous scholars, authors, and cartographers, who have dedicated their lives to researching and preserving Native North American history and culture. When the information on a given map or in the text is derived from a single source or is of a particularly hypothetical nature, that source will be cited. A bibliography at the back of the book provides other titles to help the reader in continuing Native North American studies. ...