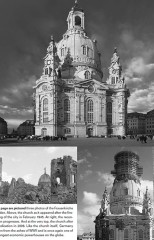 WHAT FOLLOWS IS AN ATTEMPT to set the historical record straight, without influence fromthe powers that be. By this phrase, I do not exclude the influence and power of organized Jewry, which is heavily involved in the sad history of theAryanWest. Further, I believe that liberals who do not recognize this influence are a part, knowing it or not, of the cosmopolitan array dedicated to exterminating our race forever. Reader comments appreciated. It is now 67 years after the holocaust known asWorld War II. Perhaps it is time to look at it truthfully.America is in big trouble. The unpayable national debt is only a small part of it. Fact is, the white world is in big trouble. Not only America, but Europe—the homeland of the white race—is facingmortal danger. It’s life or death for the white race—the race that for all its faults createdWestern civilization. The so-called victors of World War II won that costly struggle for the survival of Stalinist Russia and killed the very movement in Europe that was specifically dedicated to—and was accomplishing—the destruction of Communist Russia—the National Socialist movement created and led byAdolf Hitler. Worse, the Allies—Roosevelt, Churchill and Stalin— then proceeded to perpetrate crimes upon the survivors unparalleled in Europe since Genghis Khan. Probably 3 million innocent Europeans perished from torture, murder, exposure and starvation after the hostilities ended. ...