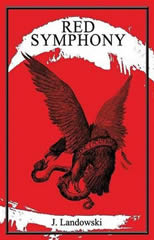 The material here given is a translation of Ch. XL of a book which appeared in Madrid in Spanish as "Sinfonia en Rojo Mayor, and is now past its 11th Edition, produced by Editorial E.R.S.A. under the well-known publisher Senor Don Mauricio Carlavilla, who has very kindly agreed to this English translation and publication . As soon as possible the full book of over 800 pp . will follow. The given chapter is of immense importance. It is here translated from a Russian edition as well as from the Spanish. It is a complete material on its own. The translator's own book on "The Struggle for World Power" also deals with the whole problem of super-power and global enslavement through the masters of both . usury-Capitalism and terroristic Comniunism, which are both the tools of the same forces and serving the same purpose . The book has been published in Madrid in Spanish by Senor Carlavilla as " La Lucha por el Poder Mundial ". ...