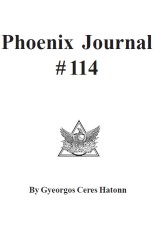 CHAPTER 1 Editor’s Note: We are delighted to here bring you TWO views of the recent Bakersfield Business Conference. Our usually-behind-the-scenes (but also a good writer) Brent Moorhead attended with our more visible star-roving-reporter Rick Martin. Each of these guys brings a different slant to what they observed at the Conference. Both give you a flavor for the event’s high-priced propaganda undercurrent. It should be pointed out that the “Fast Facts” sidebars included herein give a picture of the sheer decadence of this pageant for the Elite. Moreover, comparing our reporters’ stories with the avalanche of superlatives that gushed profusely from the Bakersfield Californian newspaper—you’d think the posse of Bakersfield Californian “reporters” attended a different event from what we describe below. A CONFERENCE OF THE “HAVES” by Brent Moorhead 10/15/94 Five years ago the Bakersfield Business Conference, sponsored by the Bakersfield law firm of Borton, Petrini & Conron, had about five hundred attendees. This year, on October 15th, the event was spread out over twenty-seven acres on the grounds of Cal State University. The numbers had grown into the world’s largest tent containing twelve-thousand-five-hundred people who paid three hundred dollars a head to hear eighteen world- class speakers and entertainers. There were several smaller tents housing eating and refreshment areas, as well as the press. The entire grounds were lavishly decorated with flowers, American flags, and white picket fences. There were state-of- theart video monitors and speakers placed everywhere, so that no matter where you were, you could hear and see what was going on. The people who attended were finely coiffured and dressed in yuppie attire for the most part. This event was titled as a “business conference”. However, the only business discussed was that of “The New World Order “, seeking to reassure the “haves” in attendance that this new world “arrangement” would allow them to prosper like never before. All of the speakers who have any type of political affiliation seemed to be reading from the same script—praising NAFTA, GATT and the miracles of free trade. They all stressed the right and the duty of the U.S. to impose, militarily or otherwise, a form of Democracy, on any country that is out-of-step with the New World Order. Although the actual term “New World Order” was used sparingly, the intent of these men to that end was unmistakable. I will give you a rundown of the speakers that I heard and some comments about each of them. ...