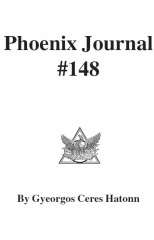 FOREWORD. REC #1 HATONN THU., AUG. 24, 1995 7:17 A.M. YEAR 9, DAY 008 AUG. 24, 1995 I SOUGHT MY SOUL, BUT MY SOUL I COULD NOT SEE. I SOUGHT MY GOD, BUT MY GOD ELUDED ME. I SOUGHT MY BROTHER, AND I FOUND ALL THREE I SOUGHT MY FUTURE AND WHAT CAME BEFORE, BUT BOTH IN FACT, ELUDED ME. I AGAIN SOUGHT GOD, AND HE OPENED THE DOOR FOR THERE WITHIN, I FOUND ALL THINGS I WAS SEARCHING FOR. YOU ARE A MIRACLE ! We received a note from a reader of CONTACT who noted my seeming change of subjects and information flow. It was stated that the writer was happy to see the new information but would that mean that my observations would cease regarding solutions for America? I would like to change the word America for World for, in the final equation, “As America goes, so goest the world.” Was America ever a “free” nation under God, indivisible? NO! Well, actually this is not absolutely so for there was a time when THE PEOPLE (Tribes of the now-called Native Americans) had such righteous respect and reverence of freedom and Creation. Even your CONSTITUTION was taken from American Native tribal councils—then the “takers” allocated the real Americans to reservations and gave them a death sentence to be lived out in those death-row reservation cells. The thieves of LIFE came right along like the “bouncing ball” and you all sang the lyrics and buried your heads in the sand-pots of “pretend it isn’t happening” and “what you don’t know can’t hurt you...” No, it can’t “hurt” you—it simply destroys you!! Politics is not MY game, readers. I needed to and still need to outlay that which I can to help you “catch up” to FACTS of how it is. Then, I must turn to my REAL task of showing you what YOU ARE! When you understand a bit about what you ARE, then and only then can you begin to understand SOUL ETERNITY. YOU are a miracle! You want miracles to be shown to you? Go look in the mirror ! ...