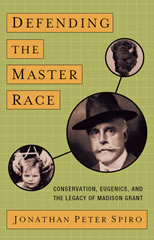 Introduction. At the conclusion of World War II, the American Military Tribunal at Nuremberg indicted Major General Karl Brandt of the Waffen-SS for conspiracy to commit war crimes and crimes against humanity. Brandt had been Adolf Hitler’s personal physician and the most important medical authority in the Third Reich. ...