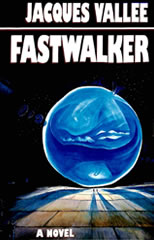 Note to the reader. This book is based on Alintel, a French-language novel published by Mercure de France in Paris in 1986. In its present form it owes much to my friends Tracy Torme, who worked on a screenplay version from which I have borrowed large sections of the American dialogue. His creation of original characters and situations that helped the story come to life was an inspiration for our work. I am also grateful to Robert Weiss, who shaped its development, and to Mary Buckley, who edited the text. Many dedicated people who relentlessly pursue the UFO enigma and related topics have inspired and enriched this tale. Among those who contributed to the fictionalized accounts told in this book are witnesses of unexplained sightings who have communicated with me over the years, and the victims of abductions who conveyed the complexity of the phenomenon and its effect on their lives. Special thanks are due to my wife Janine, who is cheerfully encouraging my continuing efforts to make sense out of the whole mystery, and to a few friends who, over the years, have helped me reflect on it. Among them I am especially grateful to Fred Beckman for his support and to Richard Grossinger, Keith Harary, John White and "Cloud Rider" on Internet for some stimulating comments. This is a work of fiction inspired by real events, but primarily designed to entertain. As such, it does not necessarily reflect my own views as a scientist researching the UFO phenomenon. It includes a few specific mentions of well-known real figures like Professor Hynek or Major Donald Keyhoe, and of publicly identified organizations like the CIA and the People's Temple. Apart from such references, any resemblance between characters or groups mentioned in this book and real persons, dead or alive, or with military or civilian organizations is purely coincidental, and did not enter into the authors' intentions. As to the existence of Alintel, it can neither be confirmed nor denied. - Jacques Vallee. ...