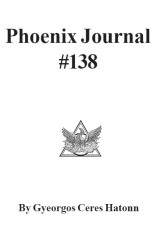 CHAPTER 1. LETTER OF THANKS FROM MARY SNELL & RICHARD’S LAST WORDS. THE SEEKERS. April 22, 1995. April 19, 1995 9:00 P.M. Cummings Prison at Varner, Arkansas “Well, I had a lot to say, but you have me at an inconvenience. My mind is blurred, but I’m going to say a couple of words: Governor Tucker, look over your shoulder, Justice is on the way. I wouldn’t trade places with you or any of your political cronies. “Hail HIS victory. I am at peace.” —Richard Snell To: CONTACT STAFF, COMMANDER HATONN (especially Rick Martin, Brent Moorhead, and Dr. Ron Carlson, who traveled to Little Rock and worked so diligently in Richard’s behalf.), Greetings. A special thanks to everyone who helped us in the fight against Governor Tucker. Your letters (as well as ours) fell on deaf ears. Tucker was more interested in school status of my grandchildren than in the fate of their grandfather, at our meeting with him. Yes, he is a very evil man. He collects the many cartoons that depict his evil character, on a wall in the room where he gave us ten minutes of his time. To me they conveyed the very essence of his soul—EVIL. Many thanks to those who sent funds. They were needed, as our till was drained. Perhaps we could have spent much more on Richard’s final rites, but he insisted that we “just get an old wood box,” “that will be fine.” We did what we could. No frills, but nice, and his remains rest high on a hill in Eastern Oklahoma, near some friends he loved (and they loved him very much). These kind people laid him to rest with a memorial service such as I had never witnessed before. A banner to his honor will hang in their meeting place so they will not forget the man who came and witnessed and left to tell others the story of the Father. Oh, how they loved him. Many family and friends gathered in Pine Bluff, Arkansas, to wait the long agonizing hours, tending to our needs and standing between us and the “outside”, forming a cushion between us and the forces of evil. (We remained in the motel room to avoid the State Police shakedown.) Feeling all alone within their midst, the Father gave me peace and witnessed to us that Richard is finally free and is indeed at peace. I will miss him and there is a void that can never be filled, but I shall continue on with the Father’s work and try to fill a very small corner in the space Richard created. ...