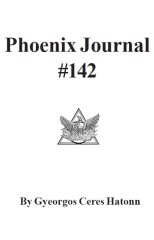 CHAPTER 1. MORE INCONVENIENT NEWS ABOUT. OKLAHOMA CITY BOMBING. FEDS’ FABLES FINALLY FALLING FLAT ! It was only two weeks after we first presented the truth (Front Page story, 4/25/95 CONTACT) about the tragic Oklahoma City bombing event that we had to return to the matter (Front Page story, 5/9/95 CONTACT) because so much good data was leaking out that contradicted the official, create-a-scapegoat version of the bombing story. Well, here we go again. So much good stuff is coming out that we have to share it with you. You can then come to your own INFORMED conclusions about the truth of the matter. As Commander Hatonn prophetically instructed at the very top of a 4/20/95 writing on the next day after the event took place, “Why the Federal Building? Why Oklahoma City? Why? Why? Why? LOOK AT IT, READERS! LOOK VERY CAREFULLY AT IT AND THE ANSWERS WILL SLIP THROUGH.” And indeed, they sure do seem to be doing just that! But before I introduce the latest major, stand-alone updates to this tragic matter—a wound to the nation that resulted in the murder of almost 170 unsuspecting Americans, I want to mention several related points, some of a scientific nature, which deserve attention in this forum. The first point is one that any good farmer would tell you who has experience with explosions derived from fertilizer: it would produce a huge white cloud of smoke due to the poisonous gases generated as part of the explosion. Not only was such not noticed or reported as being generated in the Oklahoma City blast but, had fertilizer been the primary culprit, the area would NOT have been accessible so immediately to rescue workers. Rather, unless you waited several days, you could have entered the area ONLY while wearing completely self-contained breathing suits. The second point concerns what interesting things are revealed from local seismic data. But I’m going to take a temporary detour here, while we’re on the subject of seismic activity, to share what Commander Hatonn had to say about the recent, massive earthquake in Eastern Russia. This occurred at 13:03 Universal Time (late night local time) on 5/27/95, about 2/3 up a chunk of land that sits directly north of Japan, called Sakhalin Island. The media are reporting it as a Richter magnitude 7.5 event, 33 kilometers deep. But just LOOK at all the death and damage! Well, during a meeting on Sunday, 5/28/95, Commander Hatonn revealed that the actual earthquake magnitude was AT LEAST a 9.0 (!!!)—that’s “merely” a factor of about 50 times stronger shaking than what we are being told by the media puppets. This does not speak well for the stability of the Pacific Plate, but rather, suggests another, more intense series of “adjustments” is about to proceed around the entire periphery of that plate. Naturally, each one of these circulating “ripples” brings the entire West Coast of the U.S.A. closer to destruction, an event quite overdue at this time. Remember that “Professor” Soltec has long cautioned us to “watch Japan” for clues to the timing of large seismic events along the Mexican-American-Canadian West Coast. ...