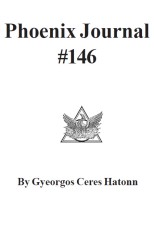 FOREWORD. REC #1 HATONN. THU., AUG. 3, 1995 7:21 A.M. YEAR 8, DAY 352. THU., AUG. 3, 1995. The two most focused topics in the last and now in this journal weave through a couple of the participation sports of Henry Kissinger and move on to the incredible POWER BROKERS who have been ruling and running your U.S. World at such places as the Bohemian Club and the Bohemian Grove annual encampment. You have to realize the fact that through such organizations and secret or private meetings is the world run. The major players, of course, in this New World Order takeover by the totally Satanic forces, CLAIM to be Godly but actually romp through the antics of child molesters, bomb builders, military arms builders, sodomy, and totally corrupt behavior. And this without even speaking of the Alcohol and Drug cartels which mentally have been able to gain control of the masses and, through mind control in most sophisticated measures, have taken the helm and direction of life experience. I can’t “change” these things FOR you, Readers, I can only offer you information and what IS. I have focused on the Bohemian Club at a time of a decade past in information revealed because it dealt with the members and players who have held the world hostage through big money exchanges, hidden agendas, corrupt and unconstitutional contracts offered, and atomic warfare and weaponry all handled through such as the setting at Bohemian Grove wherein a member or guest is never without either drugs or booze, 24 hours a day. The higher the level of encampment facilities, the more varied the forms of “entertainment” provided and the method of intoxication offered. This is August 3rd, 1995 and there has JUST BEEN a Bohemian Grove meeting. This has followed a major meeting in Europe of the Bilderbergers, the Committee of 300, the G-7 Business Czars, the Canadian setting meeting of the Elite of the “Jewish Business Men” and, of course, others you never hear about. It is through the ones you never hear about that possibly something positive for your nations can be gleaned. Not a lot, Readers, but possibly there will be some cooperation in that, as the Titans confront one another on the political and world rulership level, you can quietly be given ability to “survive” if you quietly build your nests in security. As the mighty humans of the globe vie for power, there will be massive plights of terror and abuse upon the citizens of the world, as famine and disease strip the populations. The TOYS of their making will be loosed upon you in the guise of every kind of monster and “alien” they can conjure. You will see your own conjured “Gods” in the sky and total evil will lay the lands wasted and the populations smitten. ...