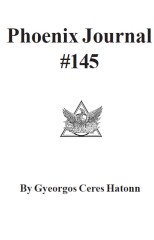 CHAPTER 1. HISTORIC WE-THE-PEOPLE. NATIONAL COMMON LAW GRAND JURY. Feds Ordered To Show Cause. Why War And Emergency Powers. by Rick Martin 6/7/95. On Friday, June 2, 1995, citizens from around the nation arrived in Wichita, Kansas in anticipation of the weekend. Many gathered in private, small meetings to caucus over various national, political, and historical issues affecting what seem to be ever-diminishing freedoms and loss of constitutional rights. Tension was in the air. Local law enforcement was, after Oklahoma, understandably concerned that there may be trouble at the Wichita Century II Convention Center. The National Common Law Grand Jury was scheduled to convene on June 3-4 at Century II and, frankly, no one knew exactly what to expect. Security was high. There were meetings with local law enforcement by Grand Jury coordinators to assure them that what was to follow would be a “peaceful assembly”. At the conclusion of the meeting, law enforcement officials were more than a little surprised and impressed at how lawful, peaceful, mature and responsible the meeting had actually been. There were no incidents. The people gathered at this assembly were there to conduct court in an orderly fashion. The National Common Law Grand Jury was called as a direct result of a court order issued from the Common Law Court in York, Nebraska. The coordinators of the event were merely complying with the Common Law Court’s mandate. The constitutional authority for a National Common Law Grand Jury is granted under Articles III and V of the Constitution of the United States of America. ...