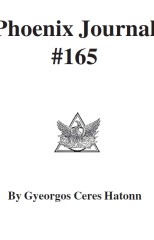 CHAPTER 1. THE NEWS DESK by Phyllis Linn 1/19/96. LOPEZ DECISION. PROMPTS CALL FOR RELEASE OF MOST FEDERAL PRISONERS. This was sent in by Michael Maholy, who could probably use this decision to secure his own release from federal prison. From the January issue of MEDIA BYPASS MAGAZINE (1-800-4-BYPASS), this article was written by Pat McMillan, quoting: More than 60 percent of federal prisoners are locked up for IRS violations, political and victimless crimes, etc. They and most other federal prisoners are incarcerated in violation of the Constitution of the United States. Every one of them, except those being held for the crimes of treason, piracy on the high seas, counterfeiting gold or silver coin or committing a criminal act in Washington, D.C., or on some military reservations can be freed from the sentences imposed upon them by the federal courts. Every word you have just read is true. This was proven as recently as April 26, 1995 in the Supreme Court’s landmark Lopez decision. This writer believes that federal prisoners who do not fall into the categories enumerated above can get out of prison by filing a writ of habeas corpus and an appeal of their own conviction based on challenging federal jurisdiction to bring charges against them for crimes they were convicted of, if they occurred within the borders of a state. More than a century ago, attorneys seized inordinate power in the court system. Prior to that time, every person who was charged in federal court with a crime that allegedly occurred with the borders of a state, and who challenged federal territorial jurisdiction, gained his freedom by either having his case dismissed or his conviction overturned and being set free. Consider the following passage, quoted in the 1995 Lopez decision, where the Great Chief Justice John Marshall made clear in his famous decisions of New York v. Milne 36 U.S. (11 Pet.) 102 (1837) and People v. Godfrey 17 Johns. 225 (N.Y., 1819) that the federal government is prohibited by the Constitution from assuming any police power within a state. The chief justice made clear that under the Constitution, the federal government was specifically restrained from exercising any general police power whatsoever within a State which is not specifically enumerated in the Constitution. But this creates a conflict of interest for the attorneys, who in representing the accused in a criminal matter can charge much higher fees than if they simply pointed out to the judge that the Constitution granted him no jurisdiction in the case. This conflict of interest extends, of course, to the prosecutor and even to the judge himself. After all, if the defense attorney needs the business to justify his livelihood, so do they. The consequences, with respect to justice for the citizen, are catastrophic. ...