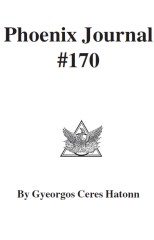 FOREWORD. REC #1 HATONN. TUE., APR. 30, 1996 8:00 A.M. YEAR 9, DAY 258. TUE., APR. 30, 1996. Please be patient with us as we use the opportunity of a “Foreword” being hewn from a “writing”. We have to pull double duty because we have had some physical problems which I probably should share with you friends, which has caused us to miss a couple of days of writing. This is not, unfortunately, due to more court hearings or depositions (they are all waiting there by the multitudes), but Doris sustained a couple of nasty Black Widow spider bites late last week and that was followed on by multiple bites from a beetle which was found in her bed. The reactions have been incapacitating. The beetle is of the “blister beetle” family so the bites have created swollen hands, face, and nervous system reaction. Following on to the spider bites, it has been debilitating and just today are we back able to type. LIFESAVER! I don’t want to over stress the importance of keeping up with your intake of those things which enhance the immune system. Doris has come out of both these without MAJOR problems of systemic nature. Local swelling and painful itching has about been the extent of it, along with fever and some chills as the response of the immune system took over its rightful task. We noted that the thing that absolutely saved her life, probably, was the use, for some three weeks now, of a small frequency device which she was using for joint discomfort. She had been using the device right up to the night the spider bite happened as a testing procedure. The negative charge to the cells and to the toxin injected prevented the toxin from doing more than superficial integration with the system and allowed the immune system to immediately respond to the invasion. Since both insects are “nervous system” attackers, it doubled up on the load to the system but instead of worsening the circumstances, the latter bites (some 7-8 of them) found the immune system already in action, so that although the immediate reactions were great, the duration of debilitation is seemingly only about two days instead of two weeks to a month or more in recovery. The more important thing to note, however, is the lack of tissue reaction to necrosis as is usually the case with both insect bite results. Readers, at 64 years of age this is an incredible happening whether or not you realize it as such. ...