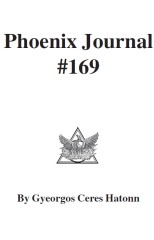 CHAPTER 1. THE NEWS DESK. by Phyllis Linn 2/23/96. YOUR OWN PERFECT MEDICINE. This article by Martha M. Christy appears in the current issue (February-March) of NEXUS (Call 815- 253-6464 for subscription information or sample copy.) The world-wide proliferation of deadly designer diseases is an offshoot of the depopulation agenda of the NWO plutocrats. Their success depends on keeping us ignorant of the plot and of basic, life-saving substances and information we need to survive. The AMA, drug cartels, and other Elite-controlled organizations have spared no expense in ruining those who would bring you low-cost, effective, health-restoring treatments—and in banning the sale of safe, non-pharmaceutical products. The big-lie technique, laced with ridicule and condemnation, is also used to discredit the truth-bringers. Keep all this in mind as you read this example of “suppressed technology”, quoting: There is an extraordinary natural healing substance, produced by our own bodies, that modern medical science has proven to be one of the most powerful natural medicines known to man. Unlike many other natural medical therapies, this method requires no monetary investment or doctor’s intervention and can be easily accessed and used at any time. The extensive medical research findings on this natural medicine have never been compiled and released to the general public before now, but those who have been fortunate enough to hear about this medicine and use it have found that it can produce often astounding healing even when all other therapies have failed. My own experience with this little-known natural medicine began as a result of my search for an answer to many years of serious chronic illnesses that had begun very early in life. Like thousands of people today, I had developed chronic, degenerative disorders that couldn’t be helped by conventional medicine and which threatened to destroy permanently my ability to work, function and simply enjoy life. From the first day I began this therapy, to my immense surprise I got almost instantaneous relief from my incurable constipation and fluid retention. Within a week, my severe abdominal and pelvic pain was unbelievably gone. The chronic cystitis and yeast infections (internal and external) soon disappeared, and food allergies, exhaustion and digestive problems all began to heal. After a few more months of the therapy I noticed that, amazingly, my colds, flu, sore throats and viral symptoms, all of which had resurfaced and become chronic after the earlier surgeries, now rarely made an appearance. My hair, which had fallen out in handfuls after my fifth surgery, became thick and lustrous, my weight normalized and my energy and strength increased so markedly that I was even able to work again. Last summer I hiked four miles into the Grand Canyon. For the first time in many years I can swim and even comfortably ride horseback or on my mountain bike for hours at a time—all formerly unimaginable activities. Much to my own and my family’s amazement, I am back at work. After 30 years of almost non-stop illness, I have a rich, full life again—all because of an unbelievably simple and effective natural medicine that almost none of us even knows exists. ...