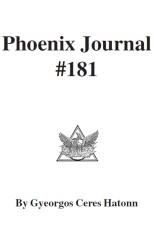 CHAPTER 1 THE UNTOLD HISTORY OF AMERICA PART IV OF A SERIES by Ray Bilger 8/28/96 Editor’s note: Part I of this bold series was presented in the 8/13/96 issue of CONTACT; Part II was presented in the 8/20/96 issue; Part III was presented in the 8/27/96 issue. Many young people today may not be aware of the fact that the native peoples (Indians) have been the source of many of the names of our states, rivers, mountains, lakes, etc. Here, Eagle Wing pays tribute to what the Indian has left behind him, (quoting:) My Brothers, the Indians must always be remembered in this land. Out of our languages we have given names to many beautiful things which will always speak of us. Minnehaha will laugh of us, Seneca will shine in our image, Mississippi will murmur our woes. The broad Iowa and the rolling Dakota and the fertile Michigan will whisper our names to the Sun that kisses them. The roaring Niagara, the sighing Illinois, the singing Delaware, will chant unceasingly our Dta- wa-e (Death Song). Can it be that you and your children will hear that eternal song without a stricken heart? We have been guilty of only one sin-we have had possessions that the White man coveted. We moved away toward the setting sun; we gave up our homes to the White man. My Brothers, among the legends of my people it is told how a chief, leading the remnant of his people, crossed a great river, and striking his tipi-stake upon the ground, exclaimed, “A-la-ba-ma!” This, in our language, means “Here we may rest!” But he saw not the future. The White man came: he and his people could not rest there; they were driven out, and in a dark swamp they were thrust down into the slime and killed. The word he so sadly spoke has given a name to one of the White man’s states. There is no spot under those stars that now smile upon us, where the Indian can plant his foot and sigh “A-la-ba-ma”. It may be that Wakanda will grant us such a place. But it seems that it will be only at His side. (End quoting) The unexcusable discomfort and indignation and brutality that the White man brought upon the Indian has not been exercised on them alone. History has shown us that the White man is also capable of doing, and does do, things of horrendous magnitude to his own fellow White man. This, of course, would include the incredible world wars we have witnessed. Before we get into World War I, let’s examine for a moment the 16th Amendment. It is no coincidence that this amendment was passed in the same year, 1913, as the Federal Reserve Act. ...