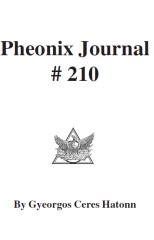 CHAPTER 1. SUBJECT REVISITED: BACTERIOLOGICAL WARFARE A MAJOR THREAT TO NORTH AMERICA’S POPULATION. Editor’s note: In CONTACT’s issue Volume 17, No. 5 (June 24, ’97) we ran a Front Page story titled “Bacteriological Warfare—A Major Threat To North America’s Population”. In this story, Larry Harris speaks of a potential biological threat by Iraqi terrorists (see story reprinted below). Naturally, by now, we here at CONTACT assume that our readers will be DISCERNING in everything that crosses their path. Certainly a former CIA person such as Mr. Harris is suspect at the very least. We, naturally, have heard back from some CONTACT readers, especially of Arabian background, who have taken exception to this particular story, pointing out questionable holes in the narrative. One such individual, a reader in the Washington area, left, in part, the following statement on our answering machine: “The Iraqis are being wiped out by the U.N. embargo, and they are sitting on huge oil fields. And if starvation and disease aren’t killing them fast enough, this (story) is one way to insure that there is enough panic and hatred to justify a first strike against Iraq. Hey, you guys have been had!” Obviously it is no secret to CONTACT readers that the New World Order crooks have a definite depopulation agenda, which they WILL execute (no play on words intended). Certainly fanning the flames of racial hatred against the Iraqis during an implemented program of depopulation would serve several purposes simultaneously. And always remember: where there is a great deal of oil wealth involved, foul play is a usual bedfellow. With all this in mind, reread the original story, and then pay attention to Peter Kawaja’s remarks, also within these pages. ...