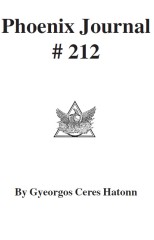 CHAPTER 1. UNDER THE VOLCANOS 500 MILLION PEOPLE LIVE ON THE EDGE OF POTENTIAL DISASTER. Geophysicist Commander Soltec has requested that the following superb article be shared with our CONTACT readers. Our copy comes by way of the 8/30/97 Montreal Gazette, written by Sandra Blakeslee of the New York Times, with additional reporting by Uyen Vu of the Gazette. That such an article as this should be appearing in major-circulation newspapers, is itself a clue to the possibilities, probabilities, and inevitabilities just around the corner in the geophysical arena of activities. (Never mind the popular press attention to this subject starting shortly after we last reprinted Commander Soltec’s tutorials on volcanos in the 5/20/97 and 7/15/97 issues of CONTACT.) Like for the earthquake situation, you can take for granted that the TRUE state of volcanic activity worldwide is vastly understated in this article, especially as concerns underwater volcanos, and especially as concerns the vast array of underwater volcanos active around the circumference of the Pacific (tectonic) Plate’s “Ring Of Fire”. Much of the heightened El Nino activity being reported to the public as “a mystery” (and, as you can see from the media set-up, will be used as an excuse for many “natural disaster” New World Order shenanigans) is being driven by the “engine” of these very active underwater volcanos. There is awesome geothermal energy being released and “scientists” are rapidly coming to a point in this unfolding drama wherein the lying shall become too outrageous to maintain as a facade. Recent measurements of Pacific Ocean temperatures show an alarming heating-up going on—so much so that surfers along the California coast don’t need to wear wet suits these days, and tropical fish are being caught by very surprised fishermen as far north as Vancouver Island, British Columbia! So stay tuned and stay alert as Mother Earth swings into higher gear with her cleansing and rebalancing efforts. Those of you with Internet access may wish to check-out the ocean temperature maps and other relevant data posted by superb humanitarian scientist Stan Deyo, whose web site can most easily be accessed thru the link from late-night radio talk-show host Art Bell’s home page (www.artbell.com). Also stay tuned to Art’s show as Stan is a frequent guest, interviewed from his home in Perth, Australia, when significant geophysical activity is underway. ...