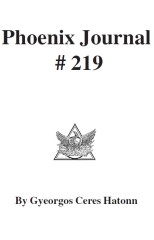 CHAPTER 1. YEARLY VACCINE-INDUCED HOLOCAUST TROOPS TO RECEIVE ANTHRAX SHOTS DEPOPULATION AGENDA IN FULL BLOOM AN INTERVIEW WITH Leonard Horowitz, D.M.D., M.A., M.P.H.. 12/29/97 RICK MARTIN. On CNN, 12/15/97, they announced that our soldiers will be vaccinated with six immunization shots over an 18-month period against anthrax, followed by an annual booster. The program will cost $130 million dollars and over 100,000 troops will be initially affected, or should I say infected? Ultimately, over the next six years, 2.4 million troops, including reservists, will be receiving these injections. After a 3-year study, Secretary of Defense William S. Cohen stated, “This is a force protection issue. To be effective, medical force protection must be comprehensive, well documented and consistent. I have instructed the military to put such a program in place.” The vaccine itself is produced by the Michigan Biologic Products Institute, of Michigan’s Department of Health. Apparently they’ve had a virtual monopoly on the vaccine since the early 1970s. Read carefully what Dr. Horowitz has to say about immunizations generally, and if that announcement about our soldiers doesn’t curdle your blood, check your pulse! And for those of you wishing to refresh your memories with Leonard Horowitz’s previous interview, refer to CONTACT Vol. 15, No. 12 (Jan. 28, 1997) & No. 13 (Feb. 4, 1997). Dr. Horowitz is author of the book Emerging Viruses: AIDS & Ebola—Nature, Accident or Intentional? With the advent of this breaking news concerning troop immunizations, I had a second conversation with Dr. Horowitz on December 18. I believe you’ll find his comments insightful and alarming, to say the least. For those of you interested, Dr. Horowitz may be reached by writing in care of: Tetrahedron Publishing Group, P. O. Box 402, Rockport, MA 01966; (508) 546-6586 or Fax (508) 546-9226. His web address is: http://www.tetrahedron.org. It has been a very interesting few weeks if you’ve been watching the news. For example, on the front page of the December 17, 1997 USA Today we read the following headline: “Clinton sees little anthrax threat to civilians” by Steven Findlay. The first sentence of the article reads, “President Clinton says he doesn’t plan to be vaccinated against the deadly bacteria anthrax and ‘couldn’t recommend’ that civilian Americans be vaccinated.” Wow. For the official Department of Defense “party-line” on this anthrax vaccine issue, see their own Press Release on the subject elsewhere (see p.46) in this issue of CONTACT. ...