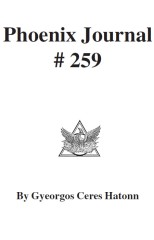 CHAPTER 1. THE NEWS DESK by Dr. Al Overholt 2/6/99. GOLD BECOMES RUSSIA’S LATEST LIVE CURRENCY. From the INTERNET, courtesy of Calvin Burgin, wrldline@texas.net, 1/29/99: (quoting) Russia’s largest bank has begun buying gold from the general public, offering people a new alternative to the ever-sagging ruble. “We are the first (commercial bank) to begin buying gold from the general public. It has now become an absolutely liquid commodity on the market,” said Andrei Chistikov of Sberbank, which has nearly 80 percent of Russia’s private bank accounts. Thursday, the first day on which Sberbank offered this new service produced no sellers, but Chistikov on Friday blamed intense media interest for that. Would-be sellers were unwilling to be filmed selling gold, he said. The bank had advised sellers to return later, and bought its first 60 grams from an individual on Friday. Until now Russians could buy gold from commercial banks—after paying a hefty 20 percent purchase tax. And it was theoretically possible to resell gold at a bank, but in practice none would take it. An official at Rossiisky Kredit bank said costs incurred by the need to test that the gold was genuine meant they had not been prepared to buy. But Chistikov said Sberbank was large enough to be able to carry out the tests without charge. “Until now there was nowhere to put gold, it just lay there,” Chistikov said. “You could make gold teeth from it or give it to a jeweler to make gold jewelry, but now it has become a live currency.” The need for a haven for savings has never been greater in Russia as the ruble’s value continues to slide. Just over four months ago, little more than six rubles would buy a dollar. Now the same greenback costs nearly 23 rubles at the official rate, and more at the many exchange offices that have sprung up recently. Russia’s banking system was paralyzed when the ruble was devalued in August, and hundreds of banks went out of business. Many Russians were already deeply suspicious of keeping cash in banks following the sharp drop in the value of the ruble in the years immediately after the breakup of the Soviet Union. ...