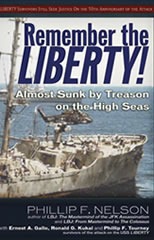 Preface. A Message from The Inferno by Edgar F. Tatro. All the following slice of testimony what you will … an epiphany… a resolution … a confession … a warning. It does not matter to my lost soul, my lost spirit. The almighty apparitions known to you as configurations reminiscent of an armed head, a bloody infant, and a crowned child bearing a tiny tree in addition to their macabre underlings, that trio of haggard, bearded mistresses of fickle destiny, those wretched, immortal pranksters which have sealed my miserable and eternal existence, have granted me the opportunity, through a spiritual medium, to unburden my conscience, as it were, regarding past deeds of direst cruelty. Some have suspected my witting complicity, but it is apparently time to confirm those allegations for the human historical record. Perhaps those condescending mortals, who rule now, as I did then, will benefit from my errors and flaws and sins…although I doubt it. It was I who was in attendance for all of the decisions, the debaucheries … the murders. It was I who participated in the slaying of my kinsman, my king, and my guest. It was I who mirrored the path of the floating dagger. It was I who thrust the blades of the innocent chamberlains into Duncan’s unprotected bosom sending him, a most pleasant, albeit naïve, sovereign into another realm of surrealism. It was I who secured the deepest gash across Banquo’s astonished throat. It was I who administered most of the twenty mortal lacerations to his gory cranium and face while those incompetent peasants frittered away their lone chance to prevent Fleance’s future reign in Scotland. ...