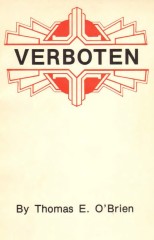 The basic identity message. The message of the Bible, as taught by most of today's churches, is not Christianity at all; but a nameless, faceless, irreligious, Satanic philosophy. It is a liberal, one-world, one-race, Godless, sexless, homogenized hodge-podge of propaganda disseminated by the Anti-Christ and their millions of Christian lackeys who have had their brains dirtied and contaminated by the constant stream of vicious, soul destroying lies, half-truths and innuendoes fed to the public, twenty-four hours a day, three hundred and sixty-five days a year. The only unforgiveable sin in the eyes of these liberals is discrimination, when actually, the inability to discriminate is a sure sign of feeble mindedness. ...