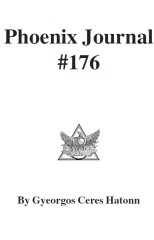 FOREWORD. REC #1 HATONN WED., JUL. 17, 1996 7:31 A.M. YEAR 9, DAY 336. WED., JUL. 17, 1996. SMALL GROUPS. This is a good “think about it”: “Never doubt that a small group of committed individuals can change the world Indeed, it is the only thing that ever has.” Margaret Mead This came from Paul Kenyon, Hawaii, who came across this a day or so ago and sent it to share a little encouragement and support. At first glance you may well toss it aside and look to your own “small group” doing whatever is being done to reclaim and restore. But look to the greater picture—it is such a tiny, tiny GROUP who has brought the world and her people to their knees. Now it will be the same small group who destroys or backs off in the destruction of nations and peoples. Each action begins with a thought, each thought originates within a mind and is projected outward into manifest form. Just as YOU are a manifest thought of God, so too are all manifest thoughts, from a MIND somewhere, sometime, producing some thing. If you can objectively look and see what is taking place, you will find that you are swept up in a major confrontation of various groups, very small groups (relative to the population of your planet), vying for power and control. They have made the rules and continue to cause the rules to be used through power— not law, not just or honest business, but rather, power stemming from the corruption of goodly laws and regulations usurped and manipulated through power—accumulated power. These groups will PRETEND and take on the colors of anything and any religion, any body politic or whatever you will accept. They have allegiance to POWER and CONTROL and the bloodier the better, for you come under control through loss of all property, all monetary exchange, all food supplies and finally, your very MINDS. GO READ THE PROTOCOLS OF ZION. It doesn’t matter what group is in power—the same NEEDS are present and will be found in every manifesto and protocol for accomplishment of the task of takeover. Then, when the Titans get so big as to threaten each other—there will come the confrontation which will destroy nations while the groups fight it out on YOUR BATTLEFIELD. Then, for the people, there also becomes the divisions of those who want God to save everything—FOR THEM. Those who break the laws of God and Creation for whatever cause have wrong intent. And no, I am not a pious do-gooder. War simply does NOT work—it only shifts POWER to the stronger of the damnable bullies. ...