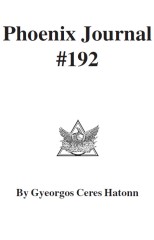 CHAPTER 1 A CONVERSATION WITH STEVEN WORTH BOOK: BLOOD OATH THE CONSPIRACY TO MURDER NICOLE BROWN SIMPSON by Steven Worth And Carl Jaspers The following conversation with Steven Worth took place on 11/27/96. We have transcribed key portions of this (introductory) conversation wherein many aspects of the O.J. Simpson trial and related evidence are under discussion. For additional information about Worth’s book, Blood Oath— The Conspiracy To Murder Nicole Brown Simpson, please refer to last week’s CONTACT, pages 30- 35. by Rick Martin 12/10/96 Worth: It’s an interesting thing that’s occurring. I mean, we’ve Steven Worth and Carl Jaspers tried to get onto majors. We’ve, at least I’ve, spoken on 40 or 50 different radio stations about the book and about the evidence that just doesn’t make any sense. And that’s why I’ve got to believe in what this informant Skinner has told me, especially since, just recently, I was just notified that Metzger, Tom Metzger who is the leader of this White Aryan resistance group out of Fallbrook, California, is now recommending two books—one of them is Blood Oath, my book, and the second one is the one by Carl Rollins, The Coming Race War. Now, there’s got to be an agenda that they’ve cooked-up, following The Turner Diaries and their whole world plan. If one is to go along with the assumption that this was a frame-up, which we believe, one must believe that it could not be Mafia or drug. I just can’t believe that the defendants and the defense and criminalists adopted it, because they don’t frame. The Mafia does not frame people. When they do it, normally it is low caliber weapons and they do it and that’s it. They don’t attempt to frame. And even if the so-called Columbia necktie, that doesn’t explain the Bruno Maglis, the gloves there, nor the blood. So, you’re left with, “If not O.J., then who?” The only people that would gain from this is those who wish to split the nation, Black and White. And, there’s been so much evidence withheld by the L.A.P.D. I mean, it would have to have been Keystone Cops to have made so many mistakes, and I’m not even talking about those that are apparent to what came out in the trial; it’s things that—the footprints, additional footprints now that William Bodziak talks about, twenty-three unidentifiable sets. You know, it’s not bad enough that they now uncover twenty-three sets of footprints—it’s that, why wasn’t that covered during the criminal trial? Even Dr. Lee, supposedly, didn’t see them. And what we’re finding, is photographs that were never offered in the case. ...