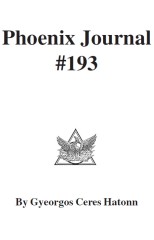 CHAPTER 1. PROVEN CIA-DEA DRUG SMUGGLING, ETC. HOW WILL CONGRESS SQUIRM OUT OF THIS ONE? by Rodney Stich 12/10/96 December 9, 1996. Senator J. Robert Kerrey United States Senate (Select Intelligence Committee) Washington, DC 20510 Ref.: List of former CIA and other deep-cover operatives whose testimony and evidence can prove the existence of criminal and subversive activities by people in control of the Central Intelligence Agency and related government bodies, including long-standing drug smuggling into the United States. Dear Senator Kerrey: This letter, and the attached list of former CIA, DEA, and other deep-cover operatives, can prove the existence of criminal and subversive activities against the United States. Much of the information proving these crimes against the United States were obtained by me during the past 30 years, starting while I was a federal investigator authorized by law to make determinations of federal law violations. During the past ten years I obtained (during thousands of hours of questioning former CIA and other deepcover operatives, often during deposition-like sessions) details and documentation of these crimes that expanded on the government corruption which I initially discovered as a federal investigator. The sources shown in the enclosed list (and more sources are being added), can provide testimony and evidence during public hearings that circumvent the congressional and Justice Department coverups that have continued for decades. I discovered, during the past 30 years of trying to report the criminal activities, a continuous pattern of congressional and Justice Department coverups. This practice had made possible the continuation of the criminal activities that have and are inflicting enormous harm upon individual Americans, all Americans, and upon the security of the United States. Under federal criminal statutes, these members of congress have become accomplices in the underlying criminal activities due to their coverups and obstruction of justice. It is ironical that the same legislators providing for long prison terms for often relatively minor violations of law are themselves guilty of far worse crimes with far greater harm to the United States. ...