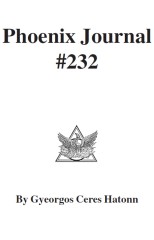 CHAPTER 1. THE NEWS DESK by Dr. Al Overholt 3/14/98. IRANIAN FORCES CLASH WITH REBELS IN IRAQ. From the INTERNET, courtesy of Calvin Burgin, 3/3/98: (quoting) According to Agence France Presse, Iranian forces attacked Iraq on Sunday night, raiding anti-Iranian guerrillas based in Iraq. The attacks took place along the central front, due east of Baghdad. Mujahadeen sources in Iraq described a pitched battle covering several hundred square kilometers, including everything from rocket attacks to hand-to-hand combat. The Iranians, on the other hand, claimed that anti-Iranian guerrillas had tried to infiltrate the Iranian border near the town of Mehran and that nine had been killed. What is clear from the conflicting reports is that a major clash occurred along the border due east of Baghdad. Fighting took place up to twenty miles inside Iraqi territory near the towns of Tarsaq and Kut as well as on the border itself. Weapons included 82 mm mortars and RPG-18s, which are vehicle-mounted rockets. From the weapons and casualty claims, it appears that the Iranians deployed several company sized, mobile units in the raid, while simultaneously ambushing several squads of Mujahadeen forces. It is not clear from reports whether the Iranian attack was fully successful. It has been our view that the recent Iraqi crisis began with an Iranian air raid on Mujahadeen positions in Iraq and that it had, as one of its elements, a plan to dismember Iraq. The decision by the United States to permit the United Nations to defuse the crisis apparently left Iran in the lurch. We believe that the Iranians may have decided to pursue this policy on their own. Or, to be more precise, Tehran may now read the balance of forces between themselves and Iraq as favoring Iran. They are also convinced that the United States will not, under any circumstances, intervene on the part of Iraq. This makes it possible, obviously, for Iran to attempt to reverse the results of the Iran-Iraq war. If we are correct in this view, then the Iranian probe into Iraq was an opening salvo in an Iranian attack on Iraq. By striking at the central front, Iran may be trying to draw Iraqi forces out of the south, from near Basra and the Shatt al-Arab, the area of the Tigris and Euphrates rivers that Iran lost to Iraq in the Iran- Iraq war, and an essential strategic point in the region. Iran may, in fact, be pursuing the policy inherited from the United States of ratcheting up tensions in the hope of triggering a Kurdish uprising in the north, forcing Iraq to concentrate forces in the north and center, while the main Iranian thrust comes in the south, through the delta marshes. ...