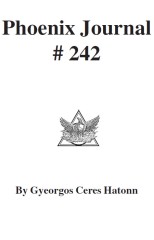 CHAPTER 1. REC #1 HATONN. SAT., MAY 2, 1998 5:00 A.M. YR. 11, DAY 259. SAT., MAY 2, 1998. (QUOTING:) PART 83, GLOBAL PARASITES. FROM THE INTERNATIONAL JEW, VOL. IV, ASPECTS OF JEWISH POWER IN THE UNITED STATES. Issue of August 27, 1921. THE JEWISH QUESTION IN CURRENT TESTIMONY. The Jewish Question continues to attract more and more attention. In many quarters a new tendency toward freedom of the press is observed, and the long-concealed truth is getting itself spoken bit by bit. It has been thought worth while, before going on to other phases of the study of the Jewish Question, to present in this article a few of the informative or confirmatory articles that have appeared in the public press. It need not be said that, with a single possible exception, none of the writers or publications here quoted could be called “anti-Semitic”. Not even the most unreasonable Jew could append that term to any writer or publication here cited. The Associated Press sent out a dispatch which was printed in American papers of August 24, as follows: “Thousands of Russian Jews are crossing the Estonian, Lithuanian and Polish borders every month, many sent from Soviet territory under protection of high Bolsheviki officials, according to travelers in the border states who recently have returned here. The opinion in neighboring states is the exodus is prompted by fear of an approaching crisis. “The fact that no appreciable organized Russian anti-Bolshevik movement has appeared since Baron Wrangel’s forces were dissipated, leads observers of the situation here to believe that, should the overthrow of the Soviets occur this winter, it will take the nature of a popular uprising, supported by such troops as are not at the front. Many fear it will result in a widespread anti-Jewish program. “For these reasons every Jewish family of means, and many that are destitute, are attempting to get out of Russia. They have no desire to tarry in Lithuania or Estonia, but are seeking to enter Germany, with the idea of eventually reaching America.” ...