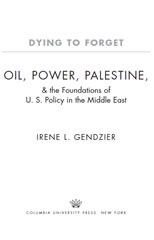 Introduction. Open Secrets. GAZA 2014 AND 1948 I completed this study in 2014 in the midst of the Israeli invasion of Gaza. Those familiar with the distant origins of the present conflict will recall the events of 1948. As in past Israeli invasions of Gaza, in 2008 and 2012, the 2014 war in Gaza was enabled by U.S. support. In the summer of 2014, the National Security Agency (NSA) disclosed that “Israeli aggression would be impossible without the constant, lavish support and protection of the U.S. government, which is anything but a neutral, peacebrokering party in these attacks.” Subsequent disclosures in the Wall Street Journal exposed the direct link between Israel and the Pentagon, thus bringing to light a relationship that embarrassed the White House, which did not contest it. The link between the events of 1948, when Israel was established, and the latest war in Gaza was highlighted by William R. Polk, former U.S. diplomat and author. As Polk wrote in August 2014, “the events of today were preordained,” adding that “only if we understand the history can we hope to help solve this very complex, often shameful and sometimes dangerous problem.” Gaza was directly affected by that history in 1948–1949, when its population was vastly increased as a result of the influx of Palestinian refugees. ...